THE GEMS PROJECT HAS BEEN LAUNCHED –  FIND OUT MORE ON THE OPENING CEREMONY (24-25.09.2016, Werfenweng, Austria) – POST EVENT PRESS RELEASE

The Opening Ceremony of the project, marked the launching of the network of “Active GEMS” – five Alpine towns that will promote civic engagement within their communities, during the next two years. In fact, by August 2018, all partner communities will host one transnational event in which citizens from the entire network will attend and actively contribute to conferences, workshops and study visits, under the facilitation of the GEMS Scientific Partner (Institute of International Sociology of Gorizia -ISIG, Italy).

The events will focus on the identification of initiatives and strategies that combine Civic Engagement and Sustainable Tourism practices, for strengthening the Alpine local development. The two working days were structured in operational meetings for partners and in public meetings and events, were the Werfenweng community and invited participants (GEMS Taskforces), were introduced to the project and to the relevant European policies and opportunities.

Moreover, during the two days a promotional GEMS Stand was organized, giving Werfenweng citizens’ the opportunity to receive detailed information on project activities and communication platforms, both online (such as the website – www.gemsproject.eu) and off-line (such as the Feed Me permanent project stand, in which citizens will have the chance to interact with GEMS partners).

The GEMS Consortium will meet again very soon in Bad Reichenhall – D, for the First GEMS Event – “Sustainable tourism and the future of the EU: Soft Mobility strategies for accessibility”, on 8 and 9 October 2016. The event will involve more than 70 active citizens (GEMS Task forces) from the involved municipalities, which will debate around Soft Mobility and Sustainable Tourism, targeting the opening of tourism practices to senior and physically impaired citizens by means of Civic Engagement.

The project activities are open to a wide range of interested citizens form all involved towns: all citizens may visit the project website (www.gemsproject.eu) or write directly to the Consortium (info@gemsproject.eu) for receiving further details.

Five Alpine towns (Werfenweng -A, Bad Reichenhall -D, Bled -SI, Forni di Sopra -IT, Moena -IT) will involve their citizens in networking activities during the next two years, within GEMS project – inteGration and Solidarity European Models for Sustainability, co-funded by the EACEA Europe for Citizens Programme of the European Union.

The project, coordinated by the Alpine Pearls Association, aims to define, across 5 international events, innovative models for Alpine local development, able to answer common challenges of the current European scenario. The project establishes a pilot action for civic engagement in the Alpine Region, which will be promoted among all municipalities of the Alpine Pearls Network.

More than 400 representatives of civil society organizations and interested citizens will be selected and send by their municipalities to represent their communities in conferences and seminars hosted across the network, during the next two years. 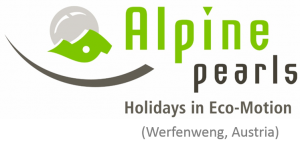 GEMS events, coordinated by the project scientific partner (Institute of International Sociology of Gorizia -ISIG, Italy), will present to the involved communities the European policies and opportunities for civic engagement and sustainability. Moreover, the five towns will have the opportunity to exchange best practices and debate on their applicability at network level, in fields such as sustainable tourism, soft mobility, volunteering and solidarity, intercultural and intergenerational dialogue.

At the end of the project, partners will establish the Alpine Award for “solidarity and integration initiatives”, which will reward the alpine organizations, citizens and local authorities engaged in the promotion of solidarity actions that contribute to local development. Such initiative as well as the overall cooperation of the GEMS partners will be guaranteed after the end of the project, also by means of a Friendship Agreement, which will be signed in the last GEMS event by partners and mayors of the network.

The GEMS Opening Ceremony will take place in Werfenweng, 24-25 September, during the Werfenwenger Weis 2016 Festival. For this occasion, the Alpine Pearls Association, in collaboration with the Werfenweng Municipality will promote project activities to local citizens and invited participants from across the network, by means of the GEMS Project Stand, where Alpine Pearls staff and volunteers will inform citizens on the project objectives and activities.

During the Ceremony, a Conference will be organized by GEMS scientific partner (ISIG) in which participants will be informed on the opportunities of the European Programmes of the EACEA (Education, Audiovisual and Culture Executive Agency), as well as on the forthcoming project activities.

Next events in the GEMS Programme: