The conference was coordinated by experts from the Institute of International Sociology of Gorizia, the Scientific Partner of the project, as well as by local experts. ISIG illustrated the EU policies framework and instruments on Renewable Energy, while the two local experts – Eng. Nicola Clerici and Eng. Nazzareno Candotti – presented the practices of the Municipality of Forni di Sopra, in terms of production and use of renewable energy. Furthermore, during the Study Visits to the Forni di Sopra renewable energy plants, participants engaged in the GEMS “On the Road” Brainstorming and Debates on topics such as:  requalification of public buildings, energy efficiency, and renewable energy sources for illumination and heating systems of the public buildings, etc. 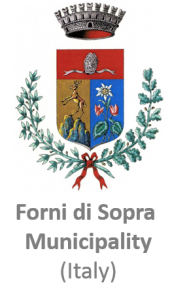 On the second day of activities, GEMS Taskforces were engaged in an intense workshop that delineated future network activities aimed to the promotion of sustainable development and social inclusion. Participants had as well the opportunity to learn about the culture, history and traditions of the hosting community, thanks to the parallel event “Sacuidic Medieval Festival”.
GEMS delegations were engaged in a Medieval Exhibition and a Networking Dinner that represented as well the opportunity for the promotion of typical products, which stands at the basis of the next GEMS event in Moena – IT (15-16 September “Intercultural cooperation and traditional knowledge transfer: a boost for sustainable tourism”).

The GEMS Consortium encourages all citizens to visit the project web-site (www.gemsproject.eu) or write directly to the Consortium (info@gemsproject.eu) for details and information on the forthcoming activities and events. All citizens may bring a contribution to the GEMS project, thus to the development of their future Alpine Region.

The first day of the transnational event will be dedicated to a public conference on renewable energy and their relevance for local sustainable development strategies. To this end, the conference foresees presentations on the EU macro-policies and instruments for the promotion of renewable energy, as well as concrete cases and practices at local level. The later will be provided by experts of Forni di Sopra Municipality, which is one of the most active “Pearl” in the Alpine region in this field.

In fact the Municipality of Forni di Sopra aims to achieve energy self-sufficiency by means of: hydro-electric power plants, extension of the district heating with biomass plant, solar collectors and photovoltaic for huts and sport centres. Furthermore, the green energy strategy of Forni di Sopra allowed for the reduction of the air pollution in the area by 3120 tons of CO2. Such achievement was recocgnised and rewarded at an international level, as follows: 2012 – WWF AWARD “Buone Nove” Best practices of urban sustainability; 2013 – Legambiente First National Award "Best Practices Bioenergy"; 2013 – Alterenergy – First Award “Energy Sustainability for Adriatic Small Communities”; 2014 – “Regione Friuli Venezia Giulia” and CEP-REC Environment Award SAVE (Sustainable Actions Versus Energy).

During the conference, experts from the Institute of International Sociology of Gorizia (the Scientific Partner of the project) will present to the participants the current EU policies, the policy-making about the renewable energy and inclusion practices. Moreover participants will be introduced to the European’s Citizens Initiative, as a direct instrument for influencing the European policy-making process.

The second day of the transnational event will be dedicated to a Study Visit at the local best practices (i.e. including tourism operators that benefit from the local renewable energy production), as well as to a participatory meeting with the GEMS Task Forces and representatives of local associations – “GEMS Workshop: Renewable energy and inclusion practices – a boost for local development”. During the workshop, participants will be guided in debate sessions around the potentiality of renewable energy for concrete actions and projects that facilitate a sustainable local development and inclusion practices (such as for example employment opportunities for new residents).

The project activities are open to a wide range of interested citizens from all involved towns. All citizens may visit the project web-site (www.gemsproject.eu) or write directly to the Consortium (info@gemsproject.eu) for receiving further information.