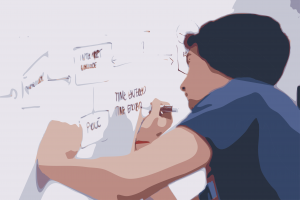 Citizens' participation is the engine of the project!

Learn how to participate in the

WHAT IS GEMS TASK FORCE?

GEMS Task Force represents the active core of the project. It is composed by 50 citizens (10 from each involved municipality/community), that will attend all project events and will actively support partners in the elaboration of the project deliverables.

HOW TO BECOME PART OF THE TASKFORCE?

WHAT DO TASKFORCES DO?

– The Task Forces attend all transnational events (i.e. 5 thematic events + Opening and Final Ceremony).
– They contribute to the Events Agenda, by attending all organized Public Conferences, Field Visits, and Workshops.
– They work together with project partners and the GEMS scientific partner (ISIG) in order to elaborate the project deliverables, as follows:

WHAT ARE GEMS MULTIPLIERS?

– GEMS multipliers  are interested citizens from each partner municipality (at least 70 per partner – representatives of the project possible stakeholders), which attend the project meetings only at local level (organized within their municipality).

HOW TO BECOME PART OF THE MULTIPLIERS?

– Citizens from hosting municipalities are informed in advance about the forthcoming event.
– Citizens wanting to register to the event can contact us immediately!

WHAT DO MULTIPLIERS DO?

– Multipliers attend the local project event and collaborate with the local and incoming Task Forces in the workshops.
– They represent the instances of their community in project activities.
– They contribute to dissemination activities as they are encouraged to promote GEMS nad the Feed Me System to their formal and informal contacts.